I found this interesting example of microrhythm while transcribing the partido alto-esque fusion groove from insaneintherain’s arrangement of Route 111 from the Pokemon R/S/E soundtrack.

This is what the groove looks and sounds like when notated on the grid: 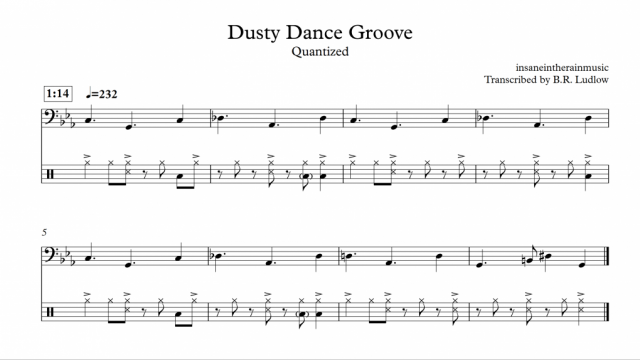 Compared to the original video it sounds somewhat flat. By lining the waveform up to a beat grid in Ableton, I was able to compare the relationship of the drums to the bass. I found that the bass is playing pretty far behind the beat, nearly an entire 16th note in some places. That’s what gives the beat that kind of out, rolling-a-football feel that makes it groove so hard.

This is a screenshot of part of the waveform in Ableton, with bass and treble frequencies separated to distinguish the bass and drums:

And this is the groove notated and played literally as performed: 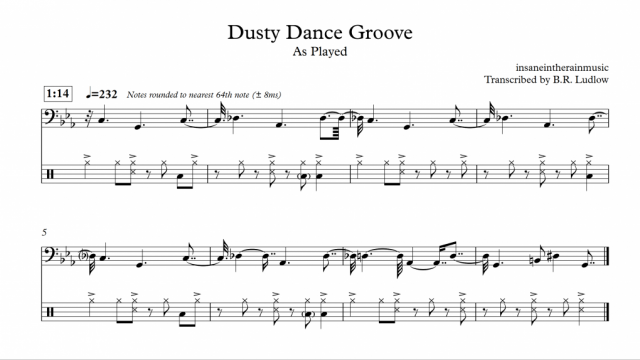 This captures the feel more accurately and grooves harder. It’s also pretty much unreadable, so I tried a different engraving method for analysis purposes. The bass line is notated as in the quantized example, but with extra stems above the staff to specify the offset of each note from its written position: 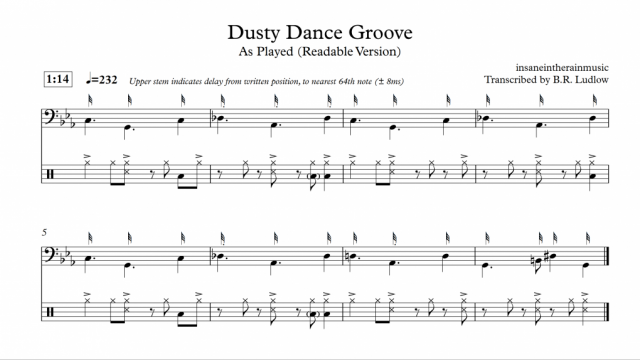 I also made a video comparing the quantized and microtime versions back-to-back: